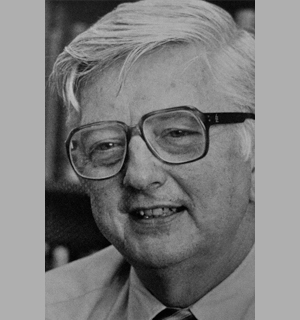 James F. Voss, a distinguished scholar in the field of cognitive psychology, passed away on March 14, 2021, in Seattle, Washington. Voss was a Professor Emeritus and former chair in the Department of Psychology and a Senior Scientist at Pitt's Learning Research and Development Center (LRDC). He held a secondary appointment in Political Science and was an Associate in the Russian and European Studies program in the University's Center for International Studies (UCIS).

In a career that spanned 50 years, Voss's scholarship made important contributions to the study of learning. Beginning with formal training in psychology, he went on to a distinguished career as a respected, influential researcher in cognitive psychology and its applications, making important contributions to the study of complex reasoning from text, particularly in the social sciences, economics, and international decision making.

Dr. James F. Voss's legacy lives on in his contributions to the field of cognitive psychology, his extensive record of scholarly publications, and his intellectual breadth and depth. Equally important, Jim Voss will be remembered for his kind and supportive mentorship to the many graduate students whose careers he helped launch.

Voss began his career at Wisconsin State College, Eau Claire (1956-1958) before moving to the College of Wooster, Ohio (1958-1963). In1963, he joined the Department of Psychology at the University of Pittsburgh where he became full professor in 1966. Voss served as department chair from 1968-1970, during which time he helped build the social psychology program, assisted in recruitment efforts across programs, and organized an affirmative action committee reflecting that generation's response to racial equity in educational access. Voss stepped down as chair in 1970, later joining the faculty of the Learning Research and Development Center (LRDC), later serving as Associate Director (1985-1992)

Voss's LRDC period included a shift of focus from earlier research on basic processes of verbal learning and transfer, to more challenging problems: the role of knowledge in learning and text comprehension, argumentation, reasoning and problem solving in social science domains (history, political science) and in international relations.

"I learned as did all of Jim's students to aspire to a very high degree of critical thinking in our research. Our bi-weekly research meetings were characterized by spirited and challenging discussion in which we tore ideas and proposed experiments apart until we had created something that was an elegant test of our hypothesis. Jim was more than a professional mentor as he treated us as family and we thought of him the same way. He will be missed," remembers George Spilich (PhD, 1979), currently John Toll Professor of Psychology, Washington College, Maryland.

Merging his scholarship in political science and his keen interest in international affairs, he received a secondary appointment in Political Science and was named a professor in 1988. He also became an associate in the Russian and European Studies program at Pitt's University Center for International Studies (UCIS) during this period. A Fulbright Distinguished Professor, Voss had lectured in Moscow and Kiev in 1979, at that time part of Union of the Soviet Socialist Republics, U.S.S.R.

A beloved professor, Voss helped advance the careers of his graduate students with co-authorships on important papers and chapters and support for new lines of research. "Jim was an especially kind and generous mentor who took a personal interest in his students. He always had an open door, thoughtful advice, and usually a pun to share. He imparted not only his intellectual curiosity and passion for research, but also his love for good food, travel, and baseball with outings to Pittsburgh Pirates games at Three Rivers Stadium. A student could not have asked for a better advisor, role model, and friend," recalls Jennifer Wiley (PhD, 1996), Professor of Psychology, University of Illinois at Chicago.

Jim was not afraid to ask big questions. As his interests turned to studying more authentic and complex texts (from broadcasts of baseball games to historical documents, political editorials, and the Congressional Record), he was instrumental the formation of the Society for Text & Discourse, and influenced the next generation of scholars. He was a founding member and an inaugural fellow of the Society for Text & Discourse.

"Jim Voss was one of the most creative and out-of-the-box researchers in psychology. His work on meta-cognition, international affairs and expert-novice distinctions using baseball knowledge not only broke new ground but also had the Voss creative flair. His enthusiasm for research and science was contagious. I was very fortunate to have him as a teacher, advisor and friend," recalls Gregg Vesonder (Ph.D. 1979), current Director, Altorfer Design Studio Lab Stevens Institute of Technology, New Jersey.

A member of the Psychonomic Society, Jim served as secretary-treasurer from 1978-1980. He was a fellow of the American Association for the Advancement of Science, and the American Psychological Association; a member of the Midwestern, Eastern Psychological Associations; the New York Academy of Science; American Diabetes Association; and Distinguished Alumnus of his alma mater, Valparaiso University. He was also a Visiting professor at a number of universities, including the National Institute of Mental Health special fellow, University of California, Irvine; and the Merson Center, Ohio State University.

Voss retired from the University in 1999, and moved to Seattle Washington, where he lived at the time of his death.